He has investigated today´s man as few and has rethought the future in the heat of the accelerated development in the field of technology and communications. Far from being a useless apology, his proposal is a critical look that penetrates changes and
new processes.

The French-Canadian intellectual Hervé Fischer resists labels, they suit him too short and he could easily be labelled as a philosopher, artist or specialist in science and technology.

He is the author of one of the first complete digital books on line and available since the middles of the year 2000: “Mythanalyse of the future” (www.hervefischer.net). He has also published many other books, including “Digital Shock”, McGill and Queen’s University Press, 2006), and “The decline of the Hollywood Empire” (Talon Books, Vancouver, 2006).

Also dedicated to the digital arts, to robotic and artificial intelligence, to wireless video, to emerging movie and to virtual actors, Fischer affirms that humanity remains the same since remote times and votes for solidarity as an ethical value.

- Where do you find the communicating links between cultural diversity and development?

- We hope it is not about communicating vessels that could accelerate standardization of cultures. We find a paradox. On the one hand we strive for a planetary awareness in favour of universal values at the level of ethics (basic human rights denied every day in so many countries), and on the other hand we are militants of the precious cultural diversity, of the right to difference. We are in favour of the law of difference, as I underline in my last book “Society on the sofa”. I don’t see any impossibility in the conciliation of those two poles of our hyper human consciousness, but I consider it exactly as our basic situation in today’s world. It is about developing links – hyperlinks - between human beings at planet level (universal planetary ethics of solidarity), and also to build hyperlinks of dialogue between the different cultures, respecting their rights to difference and alternative objectives. That is my conception of hyperhumanism.

- How do you interpret the man’s fascination for producing and consuming virtual reality, when it comes to a conversation, a hug, a look…?

- Reality is made of physical matter and human imagination to interpret it and transform it. In that sense, the evasion in the cyber world presents itself as a space of dream, of compensation for the resistances and the frustrations of ordinary life, and a space of creation of a more open and freer virtual social community. Even today’s science is not as focused on matter as experimental sciences did in the time of Claude Bernard and classic puritan rationalism. The invisible part of reality gains more attention each day, virtual models of molecules, of DNA, of a virus, are created and successfully instrumented. There is a close relation at all levels between virtual and “real”, between physical and imaginary. It is imagination what makes the world move.

- Will this generate another type of sensitiveness?

- Our knowledge, our conscience, is built by linking fragments of information, phonemes of the “book” of life, by drawing arabesques in the prolix mix of pixels and bites in a fractured world, to try to create hyperlinks and give them a human sense. We live with the logic of links rather than with the lineal classical logic.

“Therefore, evoking the divisionism of the impressionist painters, the juxtaposition of strokes of pure colours, I say we have an impressionist consciousness of the world. I speak of an impressionist epistemology. We have to invent coherent configurations in a fragmented, fractured world.”

“On the other hand, I criticize McLuhan’s assertion when he says: “The medium is the message”. I see it unacceptable from the point of view of hyperhumanism. But I am ready to say that today the medium is our sensitiveness. Without forgetting that the media themselves became impressionist. They bring us juxtaposed capsules of fragmented and incoherent information.”

- There are some who affirm that the present strategic issues are in the field of communications. What can you say about it?

- It would be so good that we could develop multiple dialogues and more transparency through them. But communications present themselves also as a field of battle, of power, of imperialism, of resistance, of solidarity.

-Why do you perceive the possibility of a new obscurantism?

- Our critical thinking, our freedom, our lucidity have met a historical progress in the Age of Enlightenment. We are the sons and the daughters of the French Revolution. That critical thinking is very indebted to the classic rationalism, to the lineal thinking, to the ideal of objectivity. Today we take the chance of embracing the complexities of reality, of praising the speed, the emotions, the creative imagination, the paradoxes, the labyrinths of the web, an impressionist epistemology. It is all the opposite to the classic rationalist attitude. We dance on the screen; we move frenetically restless, we show our desires without puritanism, we legitimize a permissive spirit and behaviour and imagination. We are in the postrationalism. Bravo. It’s worth the risk. But is a risk of a new emotional obscurantism, irrational, which could also promote new manipulations of the human masses in the sense of new fascism or integrism denouncing the general crises of values and sense of a post modern disillusionment. Therefore we have to promote a new philosophy of the digital age, which may propose sense and optimism, a new hope, a strategic hyperhumanism. 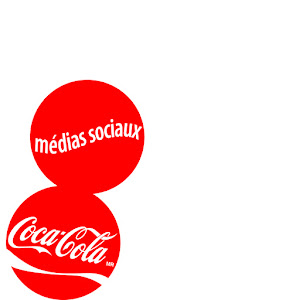